So this past week we hit a big milestone. After nearly four years in development, Possession is finally winnable! The final level and final boss have some special mechanics going on, but now they’re implemented (at least as a rough first pass, I’m sure when testing comes in there’s going to be a lot of tweaking).

I don’t want to spoil that, though, so instead he’s a screenshot of the stats and achievements screen, which is something else that’s new since last time: 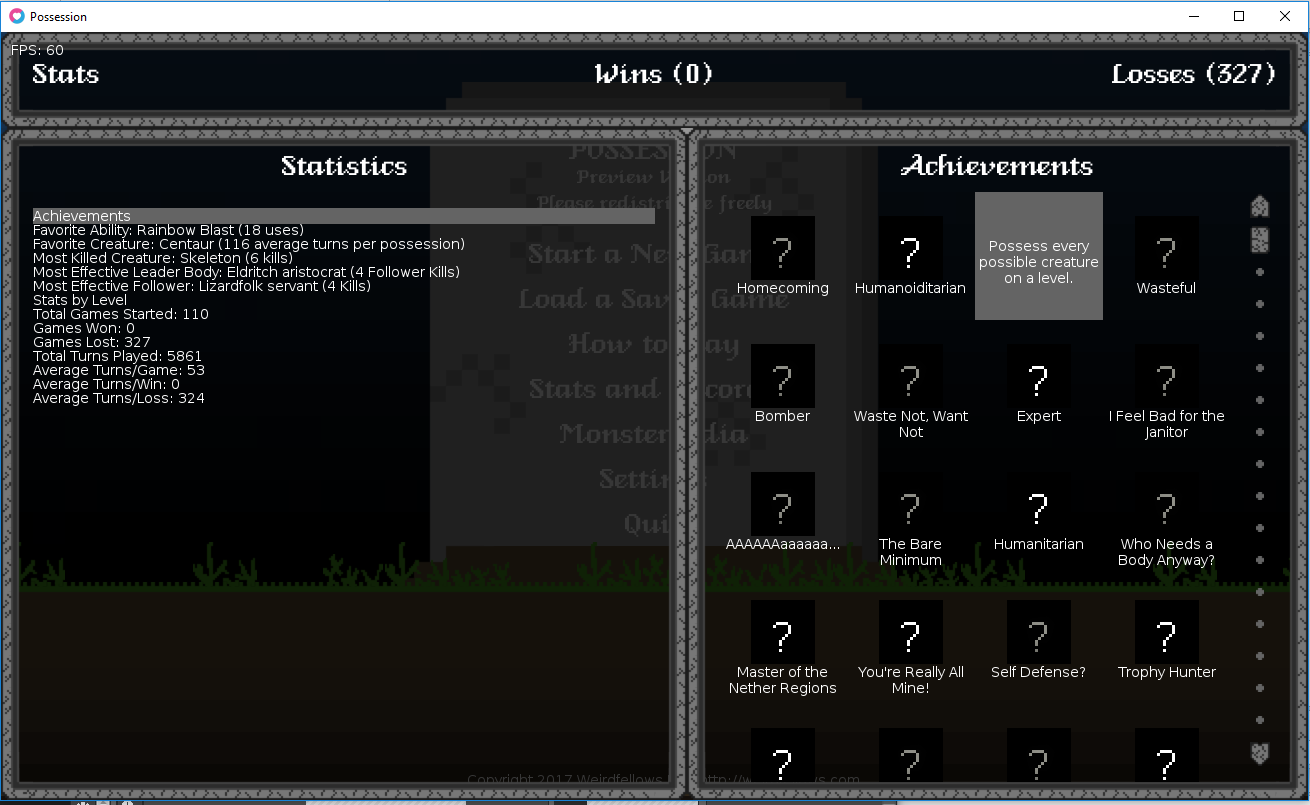 Since my last post I have actually managed to get a lot done, but the last month or so have not been very productive, because I got married. Turns out that helping plan a wedding is a lot of work (go figure, right), so development had to fall by the wayside.

I’m still hoping to have the game done by the end of the year, but unfortunately the last few months of the year are generally near-constant game sales on Steam (that’s not a confirmation they *will* be, because I don’t know and even if I did I wouldn’t be allowed to say, but that’s the way things usually go). I really don’t think launching when last year’s AAA games are on sale for $10 is a good idea, so no matter what happens release won’t be until next year.

I am hoping to have closed beta testing started this year, though, so keep an eye out for that, although that might also be a bit too optimistic given family holiday stuff that’s going to be happening as well.

Remember, Possession is now on Steam, so be sure to check it out and wishlist it!