These past few weeks have actually been very productive, last week especially. In fact, this past Sunday I actually worked pretty much a full 8-hour workday, which I don’t even know if I’ve ever done before on a personal project. Definitely not since I’ve been keeping track.

I’ve completed animated and non-blurry images for the majority of the creatures who already had images, helped in large part due to switching over to Pyxel Edit, which is a program made for animated pixel art. It’s helped with that workflow tremendously over the last program I was using, Pixelmator, which is also a great program but more of a photoshop-lite than a pixel art and animation tool. 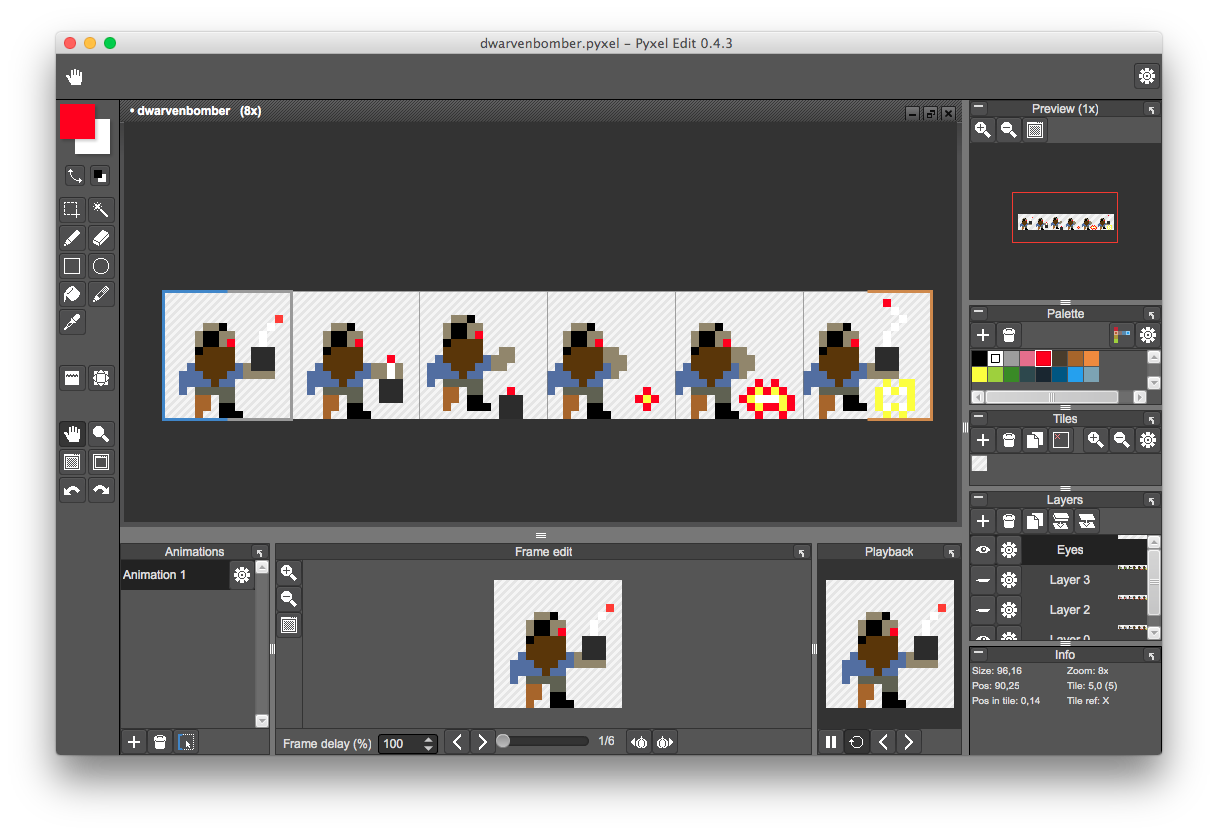 It’s a really nice program. It’s still in beta, but it works great. I swear I’m not being paid by them, but if you’re interested in making sprites, I’d recommend checking it out.

One big thing I was putting off for a long time was working on the final level and the final boss fight. No spoilers here, but the final boss requires special AI code unique from all other creatures. It seems to be a rule that whatever you put off because you think it’s going to be really hard and time-consuming, ends up not being that big a deal once you actually get down to it (the downside is things you think are going to be quick and easy sometimes end up being hard and time consuming). Writing the boss’s AI was actually pretty simple and only took about an hour. Of course, it might need to be changed due to testing, but we’ll see.

So the game is *this close* to being actually winnable. Which I’m sure would be a huge psychological boost for me because it’d make it feel that much closer to being done. On that note, I’ve been doing a lot of interface “juiciness” work, as well, and everything I do on that front feels great too, because it makes the game seem more and more finished. I’m sure someone else has said this before years ago, but UI work seems like exercise or meditation: it kind of sucks while you’re doing it, but really does make things feel better in general. 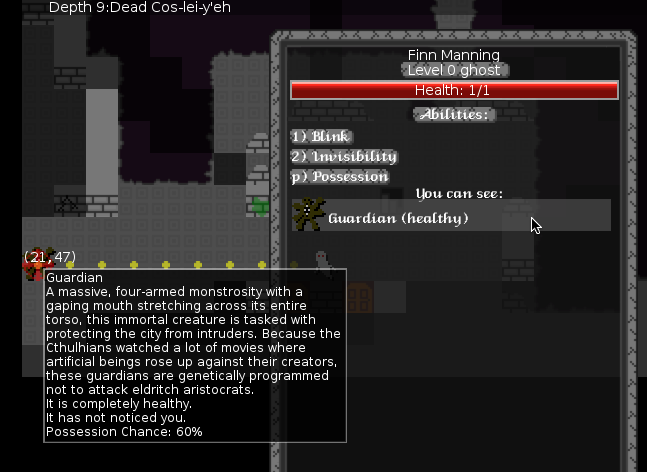 You can highlight and target creatures on the sidebar now.

Now, there’s still quite a bit of work to do, a lot of the levels need polishing (some more than others; the tavern for example is probably going to stay pretty much as it’s been). But these days every step seems like it puts the game closer to being finished, unlike before where sometimes adding things seemed like it was just adding more work to do.