Well, it’s been a month since the last post, but the past month has been pretty busy life-wise, first I was out of town, then had people coming in from out of town to stay with me, then out of town again. So that’s my excuse.

Anyway, one major piece of news is that the tombs are officially finished, which basically means that I told myself I wasn’t allowed to work on them anymore. The tombs tileset has all the graphics done, all its creatures are done, and it has a unique boss. This shot shows him, and a new creature from the tombs that hasn’t been shown before, the pyramidologist. 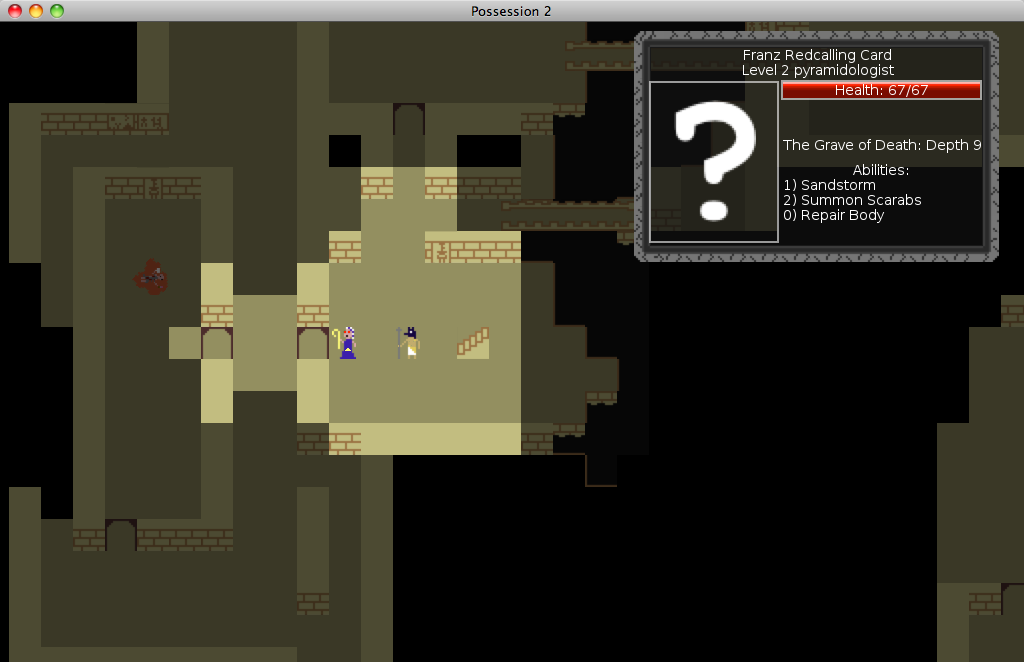 All of the special levels up until now have just used the regular map gen code, with some special rules applied on top. For the newest special level, the Adventurer’s Tavern, I wrote a brand new map generator. 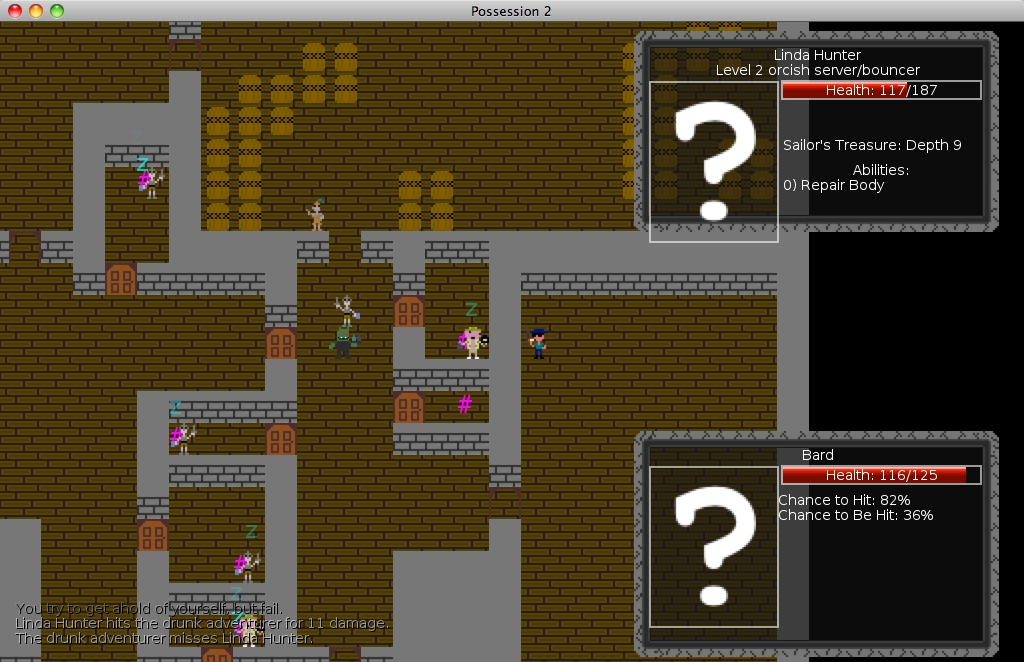 The #s are beds, they just don’t have graphics yet.

First, you split the level into a grid of equal-sized squares. Since right now my levels are 50×50 tiles, I’m splitting it into a 5×5 grid of squares each 10×10 tiles. 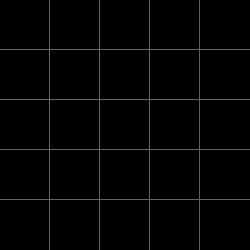 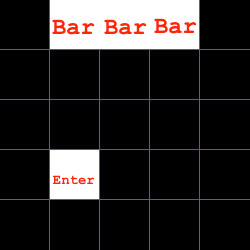 Really, it puts a couple more storerooms in there for good measure, too, but whatever.

Then it puts hallways in all the empty rooms, and puts bedrooms in the empty space, resulting in a final result that looks like this (in ASCII mode to show more of the level): 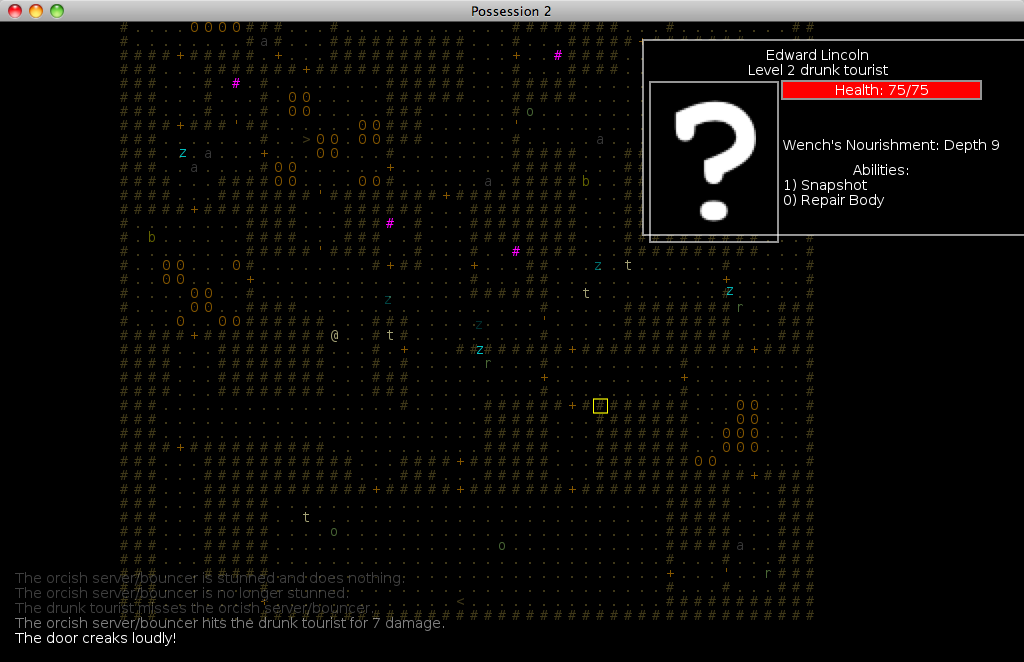 Naturally, I had to write a name generator for the tavern, too.

I won’t go into full details on all the creatures in the tavern (partially because none of them are fully coded yet) but I will leave this guy here: 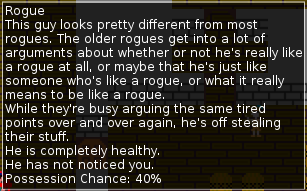 Some other creatures I’ve implemented are:

The blood mage, who I think would make a pretty interesting class in a “normal” roguelike or RPG. He has some powerful spells that let him decrease how much damage he takes and deal a lot of damage to the enemy, but to cast them, he has to sacrifice his own health points.

Kobold protestors, who are weak and scrawny, but throw molotov cocktails, and can blame a nearby creature for their troubles, causing other nearby kobold protestors to attack them.